3 Reasons to Celebrate with Beer in July 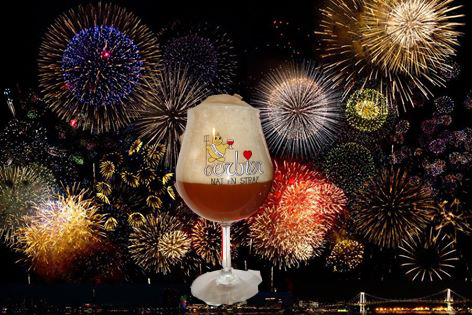 3 Cheers for the Red White and Brew

While we were planning which beers to bring with us to the beach for 4th of July, I decided to do a little research on what beers were being touted as the Most American Beers.

A Google search landed me with an article from Thrillist from 2013 entitled “The most Patriotic Beers in America” which had some appropriately themed answers, such as Thomas Jefferson’s Tavern Ale from Yards Brewing Co and Brew Free! or Die IPA from 21st Amendment.

Google also led me to an answer for an old Yahoo Question about “What is the Most American Beer” -which was answered primarily with Bud, Sam Adams and Yeungling– all had their own arguments about why they fit the bill.

After thinking about it for a while, I decided that drinking a beer brewed in America and better yet drinking local was the perfect way to show my patriotism.  Fortunately for us, there is no longer a shortage of good locally crafted beer in the Sunshine state, with great new breweries opening all the time. We also did a few beers from out of state but still US brewed- aw c’mon, would you say no to a Grapefruit Sculpin on the beach?

The good news is that if you have some great French or Belgian beer you are keeping for a special occasion and felt like the 4th wasn’t exactly the right time, – Bastille Day is right around the corner, on July 14th. Technically though, this is also Flag day, but if you think about it, both countries colors are red white and blue so if you are drinking a French beer you will still be celebrating the correct colors of the US Flag and vice versa. How is that for justification? ( If you don’t follow my logic, try a few beers and it will make sense) We’ll be working on some goodies from Brasserie Thiriez, Brasserie Au Baron, Page 24 and Abbeye de Rocs ourselves.

But this is not your last chance to drink with the excuse of a national holiday; a week later you can drink those Westies, Pannepots and Oerbiers that you have been stocking away during Belgian National day! (Just don’t forget to invite us

So start celebrating and enjoy the holidays -and make sure to hop on to our Facebook Page and let us know what your celebratory brews are!