3 Things You May Not Know About Prohibition 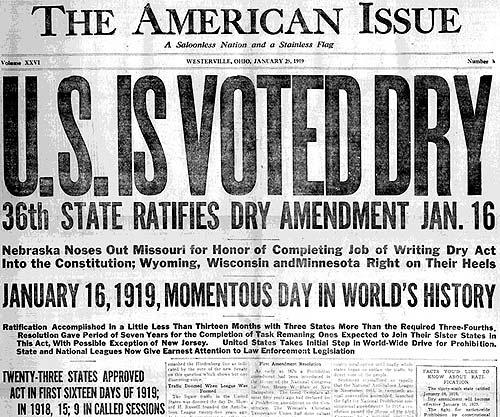 3 Things You May Not Know About Prohibition
By Ruth Berman, CEO and BBB (Brains Beyond the Beer) Bon Beer Voyage 3/16

Earlier this month we celebrated National Beer Day here in the US.  We are really privileged to live in a day and in a society that celebrates beer not only as part of the culinary landscape but also as a thriving part of our economy. As you know, this was not always the situation. Prohibition absolutely affected the journey of our favorite tipple in history, but maybe not in all the ways that you thought. Here are a few interesting facts to share over your next beer.

In January of 1919, The 18th Amendment to the U.S. Constitution -also known as the Prohibition Amendment was ratified, thereby prohibiting “manufacture, sale, or transportation of intoxicating liquors… for beverage purposes” as of one year from the date of ratification.

As if the 18th amendment wasn’t bad enough-to make matters worse in October of 1919 along comes The Volstead Act, which managed to pass despite President Wilson’s veto.

The Volstead Act- Also known as the Prohibition Act- was created to aid in the enforcement of the 18th Amendment.  It achieved this by defining intoxicating liquor as any beverage over .5% alcohol. It also gave both federal and state governments the right to enforce and prosecute; and listed penalties, i.e. fines and jail time, for various violations. 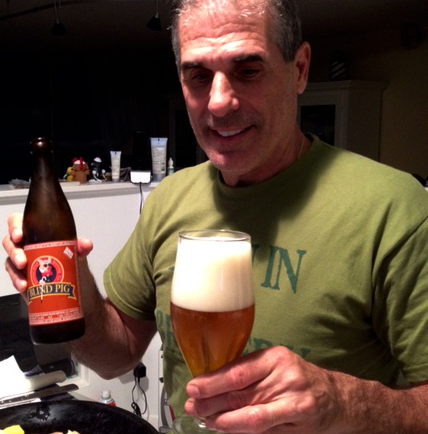 Interestingly enough, if you read through the 18th amendment and the Volstead Act, you will see that technically, one could still legally drink alcohol during this time, since the above only talks about the manufacture, transportation and sale of such beverages and does not mention anything about drinking them.

Bonus Fact 1. This led the thirsty public to get creative in their acquisition of liquor. Hence the Blind Pig. To many of us, this is the name of a beloved beer from Russian River Brewing, but during Prohibition, a Blind Pig was basically a lower class of Speakeasy where people supposedly went to see a show, i.e. an animal show and were given a “free” glass of tipple along with the show entrance.

Bonus Fact 2. Similarly, The Blind Tiger, which we know as an awesome craft beer bar in NYC, was another name for a Blind Pig.

As history has shown, Prohibition didn’t stop folks from drinking, but they were now drinking what they could acquire in Speakeasies and bars run by gangsters.  Some sources say millions of dollars that would have supported the brewing industry went into bootlegging.  But while the US did experience a surge in organized crime and the brewing industry in the US flat lined, it had already experienced a steep decline in numbers due to changing tastes of beer drinkers as well as breweries consolidating. 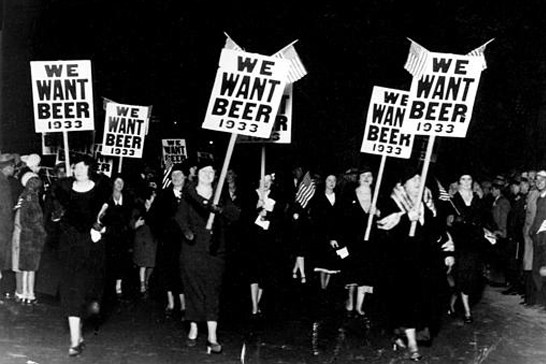 So drink up and enjoy… because…well… because you can!