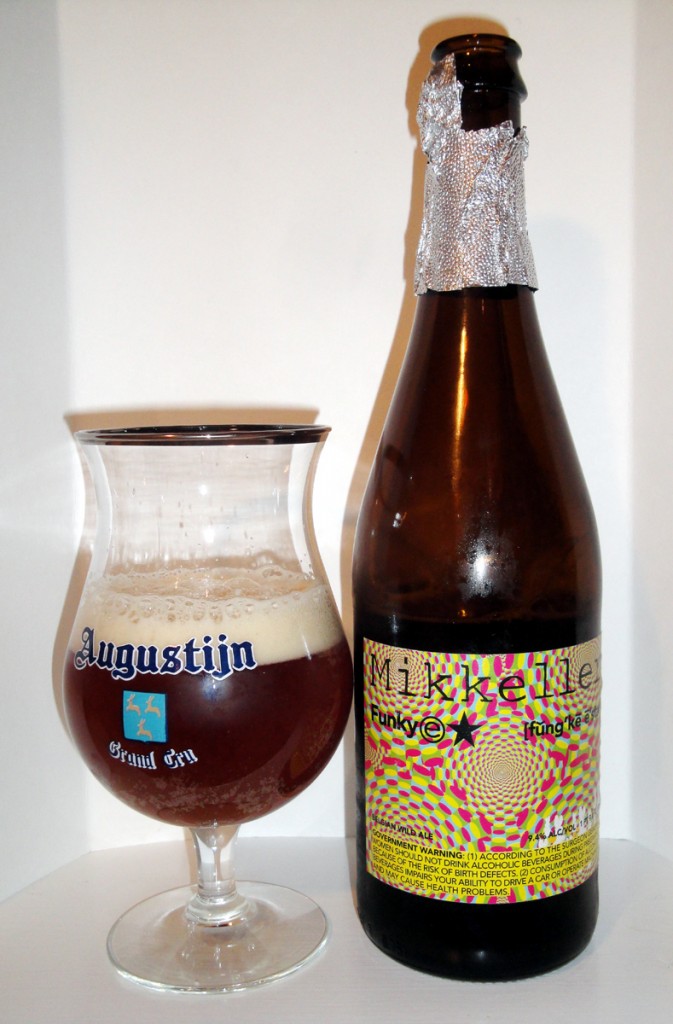 WOW!! has it really been more than 3 months since I posted to my blog?   Sorry about that… I need to get back to not just drinking my beers but posting them too!!

Back to my Review.

I paired this beer with:   Salmon filet steamed inside a foiled bag on top of fennel and leeks, then served on a bed of couscous topped with a dollop of cucumber yogurt dill sauce.  Boy this was a very yummy dinner and paired well with this beer!!

Notes:  best by Dec 16 2014, So  I could have kept this 3 more years!!  Brewed at De Proef Brouwerij in Lochristi-Hufte, Belgium

This beer pours a cloudy light orange with a one finger off white head which left a thin lacing on my glass.

The nose on this brew was very mild and vague.  There were hints of bread, some very mild hints of a wet horse blanket and a little medicinal, otherwise the nose was unremarkable.

The taste was also very mild or should I say short, as it went from the start to finish in record time!  I got a very strong bready, malty and zesty spicy taste up front, then a mild bitterness near the end with nothing in between.   There was nothing in this beer taste which would have suggested a “wild” side.

This beer had a thin to medium body with a low to medium level of carbonation..

The drinkability of this “Funky E” brew was very good overall and there was only a mild hint of the 9+% abv.

This beer is worth a try, but I was expecting more.  Not sure if I had a bad bottle or not & it was a good beer, but I felt like something was missing 🙁

On the Label:  fũng’kē ē star

From their website:    Nothing on their site on this brew!