Beer #139 Mikkeller I Beat yoU 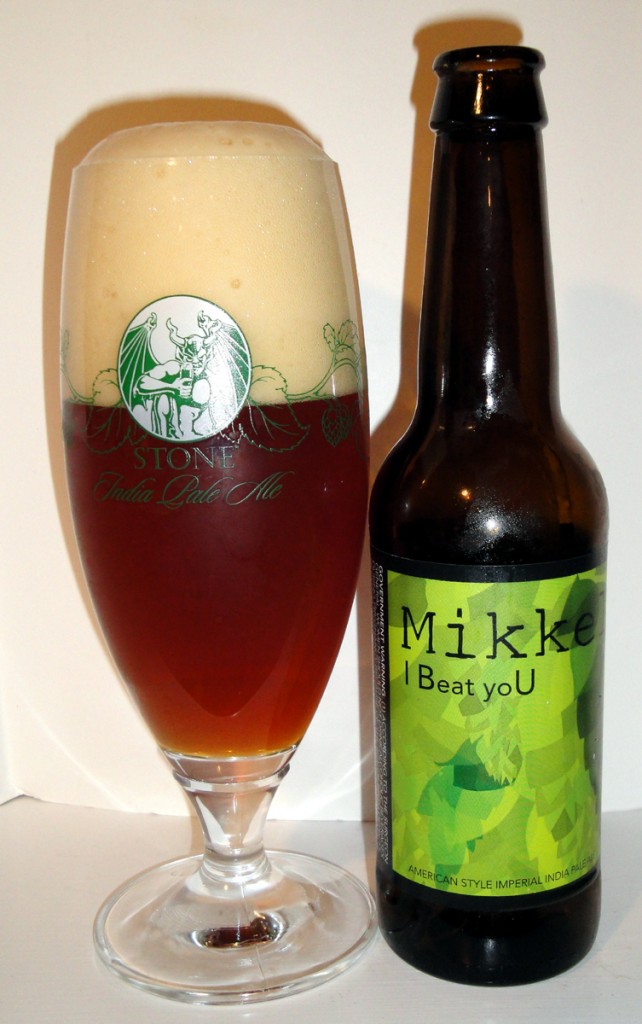 Name: I Beat yoU

Region:  This was Brewed & Bottled by Mikkeller at Brewdog, Aberdeen, Scotland

I paired this beer with: Grilled Chicken.   I.P.A. or D.I.P.A, doesn’t matter they both go well with grilled chicken.

Note:  This beer poured a clear deep orange/copper color with a very large 3 finger fluffy head which almost ran over the top of the glass.  The nose was mostly piney with some grapefruit and citrus notes. The taste was like the nose, piney, grapefruit rind and some mild herbal notes, with only a tad of malt sweetness which did not quiet down the bitterness of these hops.   The mouthfeel was of a medium body with a nice level of carbonation.  The drinkability is fairly good for an Imperial IPA, I could easily drink another as the 9.75%abv is hardly noticed.

From their website:  I Beat yoU is a really hoppy IPA. It is brewed at BrewDog and the instruction for the Scotsmen was clear: we need shitloads of hops in this one! So be it. This is a hop bomb. Lots of bitter and aroma hops and alcohol and just a little bit of sweetness – just enough to provide response to the hops.