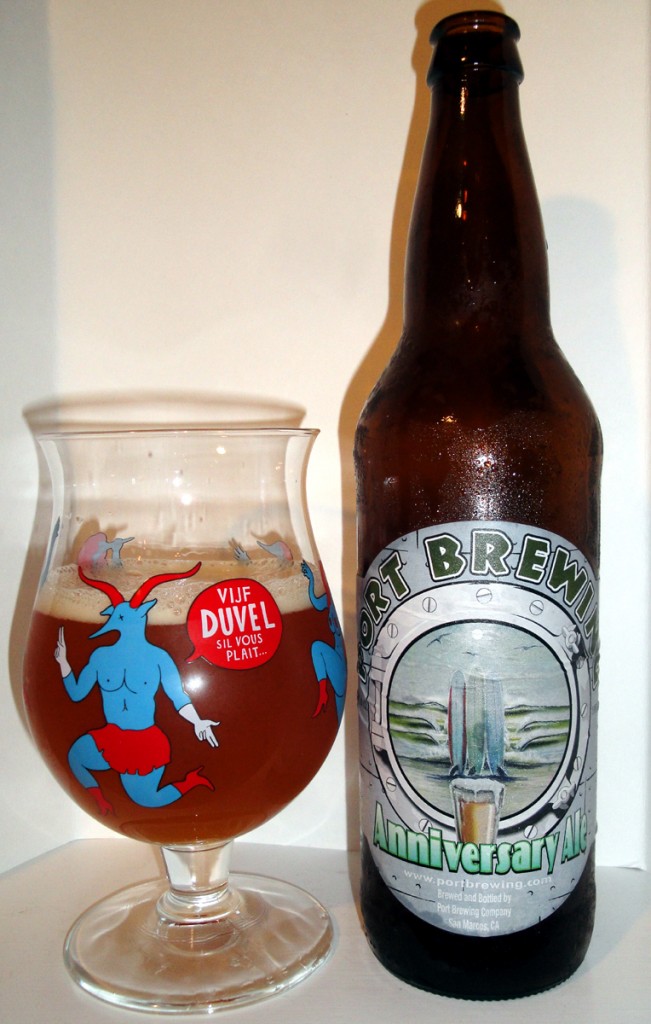 I paired this beer with: The BSC Championship Game: Ducks vs. Tigers , a Pre-Kick off aperitif.

Note: This beer poured a light & hazy auburn with a thin tan head.  There was no lacing left on the glass at the end.   The nose was mostly citrusy hops (grapefruit in particular) with some notes of resin from pine.  I think since this brew is now 8 months old the hops in the taste have faded as this was leaning towards an American Barleywine.  It was caramel sweet upfront then you got some of the grapefruit rind bitterness in the middle and near the end you got some of the piney hop taste.  The mouthfeel was a medium to thick body with a low carbonation level.  The drinkability was very good for a 10%abv brew.

On the Label:  In your hands, you are holding yet another hop monster of the beer world in San Diego County.  Yes, we know this is hardly original>  But, we love hops as much as you do so let’s party!  This beer oozes hop oils, aromas and flavors.  We hope it’s worthy addition to the riches that is the Port Brewing family of beer.  We look forward to this annual release each May and hope you will too.

A massively hopped strong pale ale brewed to celebrate our anniversary each year.

Anniversary Ale is light gold to pale orange in color and offers a potent aroma of fresh pine and citrus with some warming alcohols present.

The taste is a thick, chewy hop presence only barely contained by balancing malts.

The finish is pure hop expression with a moderate warming alcohol sensation.