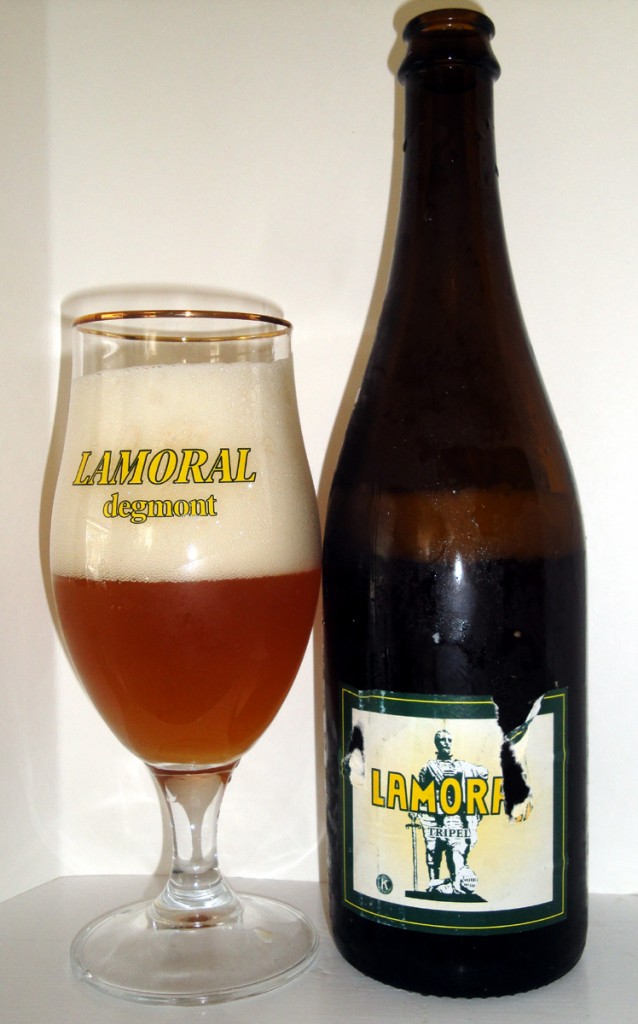 I paired this beer with: Grilled salmon.

Note: This bottle opened with a loud pop and started to overflow from the bottle before I poured my 1st glass.   The beer poured a hazy golden color with a large 3 finger fluffy white head leaving a thin lacing on the glass.   The nose was sweet of malts, citrus and bready yeast.   The taste starts sweet of burnt caramel and honey then you get a to the coriander spice and fruits overtones of the Belgian yeast and finished almost dry.  The mouthfeel was a thin to medium syrupy feel with a tingling carbonation.  The drinkability was very good for a beer almost 4years past its prime.

On the Label:  Best before 03/03/07.  (Oh well I aged this one a little longer then they suggested.  But the outcome was still very very good!!!!).  When you age a beer, you can get 3 different outcomes.  Either the beer will be…

OR in this case

#3, the beer is just different, but in a good way (which means you get2 beers for the price of 1)

From their website:  (please note that this did not translate very well)

Ignace Van den Bossche is a member of Kiwanis Zottegem””, a service club in the making, and make plans for an original way to collect money for the social purpose of the club.  That was the pinprick that were needed for the beer to come out.

After much searching, a name put forward”Lamoral”, the name of Earl of Egmont, whose statue is in castle Zottegem located.
In the original Spanish text of the hearing of Egmont and Hoorn, draws his interview with”Egmont”which ultimately Lamoral Degmont name of the new beer.

Just to be original if the name is in partnership with Kiwanis Zottegem a beautifully designed label, completely gray tones, and an appropriate fine glass.

The beer”Lamoral Degmont”with his label, his glass, its aroma, color, his taste and foam will ensure that the beer will be consumed far beyond its  provincial boundaries.

Flavour: Lamoral Degmont has an amber color with a beautiful blonde, white head.  The aroma is dominated by fruit and spices.  At first spicy notes come up, but soon evolves into an intense taste bitter aftertaste.