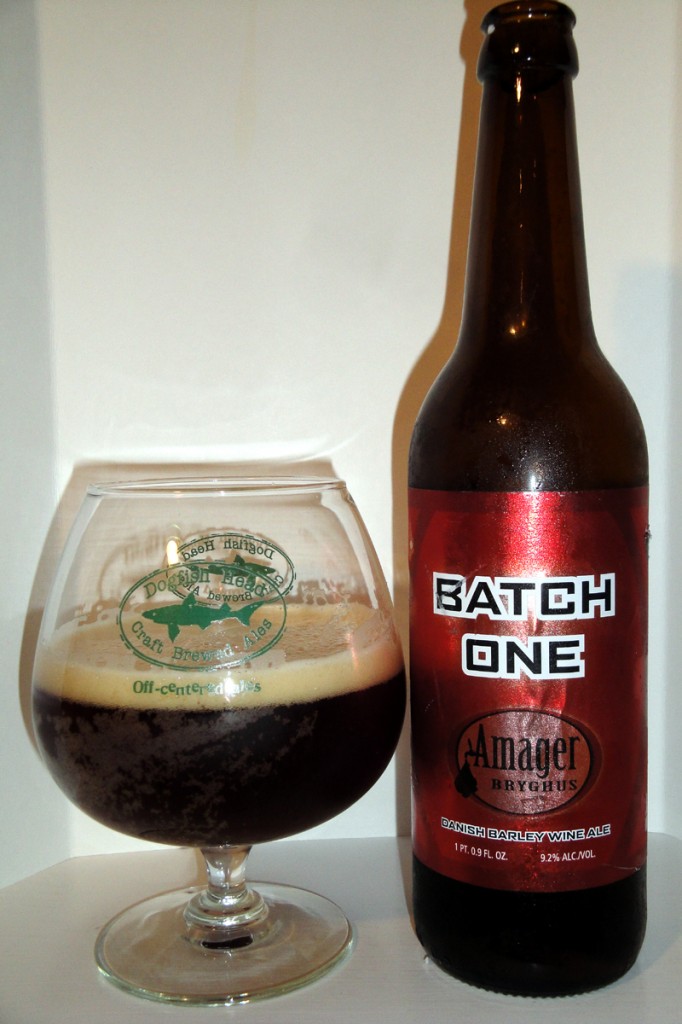 I paired this beer with: nothing, just an after dinner drink.

Note:  This beer is no longer brewed and has been in my “cellar” for a little over 2 years.

This beer poured an opaque reddish brown with a half finger off white head leaving a minimal lacing on the glass.   The nose was of sweet caramel, toffee, some dried fruit and a bit of citrus hops.  The taste was like the nose, started off with sweet caramel, toffee, dark dried fruits and some dark chocolate; the hops have completely faded in the taste.   The mouthfeel was moderate to thick with a nice carbonation level and very nice warmth from the alcohol.   The drinkability was very good for a Barleywine, too bad I have no more in stock, or I’ll be looking for another, but then again this beer is no longer brewed 🙁

With this special brew, Batch One, we dared to experiment with combining our usual devotion to a solid malt profile with the addition of American aroma hops.  Batch One is an American-inspired Ale, characterized by a vast, full body and generous use of hops.  In the glass, it has a reddish-brown colour with a coppery glow, and a beige-coloured head that leaves a nice lacing behind. For this brew we have chosen to use only the noble Simcoe hop, both for boiling and the following dry-hopping.  The hops give the beer its fresh citrus-like character and imparts a solid bitterness to balance the sweet caramel malt.