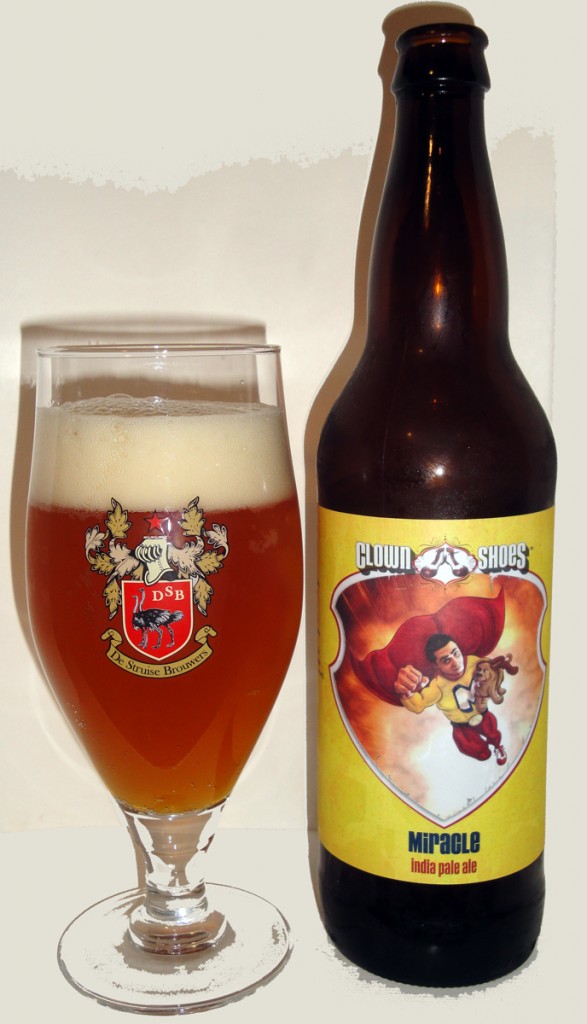 I paired this beer with:  a Rib-eye steak topped with A-1 bold and spicy sauce (Tabasco) and a side of Chickpea salad.   You can almost never go wrong pairing an IPA with a steak, &  this pairing was awesome!

This beer poured an opaque amber orange with a 2 finger off white head, which dissipated slowly leaving a thin and sticky lacing on my glass.

The nose was light with some citrus notes like orange and lemons mixed with sweet malts and caramel.

The taste was not overpowering and started slightly hoppy/bitter with citrusy grapefruit rind notes and a pinch of pines, then was quickly balanced with a mildly sweet biscuit malty flavor and finished more on the dryer side.

The body was light to medium body & and a nice level of carbonation.

Overall, this was a great pairing with my steak, but as I.P.A’s go, it was just middle of the road.  That’s not saying this beer wasn’t good, as it was, but there are many other I.P.A’s which I would much rather have.  However if this beer was in front of me… down the hatch it would go & I would enjoy every drop of it!

On the Label:  Our boy Miracle Mike,  represents the good we hope to do with the Clown Shoes  Minor Miracle Fund.  A percentage of the profits from this juicy sessionable IPA will be used to help real people (and maybe a puppy or two).

From their website:  Our boy Miracle Mike represents what we hope to do with our Minor Miracle Fund. A percentage of the profits from this juicy sessionable IPA will be used to help real people (and maybe a puppy or two).